On Monday 23 March 2015, ytd, on behalf of Tod’s and Ferrari Maserati Sydney, hosted The Ferrari California T and Tod’s for Ferrari Showcase Aperitivo at the Level 3 Atrium in Westfield Sydney.

Tod’s and Ferrari, two of the world’s most prestigious and iconic brands, are both symbols of Made in Italy and known and loved all over the world. The exclusive partnership brought yet another sophisticated collection that is deeply rooted in the most authentic Italian tradition of craftmanship. An exclusive line defined by traits borrowed from the racing circuit, further refined by that unmistakable shade of red and Tod’s traditional precision in the production of exquisite leather goods.

Following the Aperitivo guests were invited to a VIP Shopping Night at the Tod’s Boutique to launch the new SS15 Tod’s for Ferrari Collection for men and inaugural women’s collection.

The partnership between Tod’s and Ferrari continues into the new SS15 Collection, a partnership that beautifully combines two luxury brands that are both symbols of Made in Italy and known and loved all over the world. 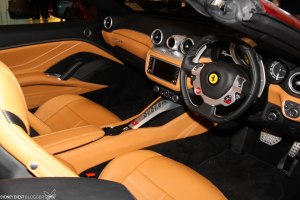 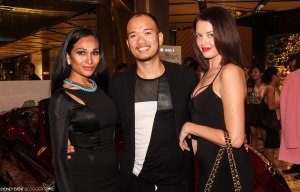